Adversity: Death by a Thousand Cuts, or Practice for Greatness

Adversity: a matter of perspective

Relatively little in our daily circumstances is under our control. But how we frame our circumstances greatly influences our actual experiences.

Matt was spending his precious time off work toting his young son through the cavernous aisles of Home Depot looking through dozens of samples of flooring and light fixtures.

He didn't care about how the floor in his new home would end up looking, but he and his wife were pushing hard to move out of their apartment, and their gutted future residence had to have something for floor and finishings.

Thought it didn't feel worthwhile, Matt had no choice to but to burn his time off on trivial details. He had co-founded a tech company, and he could face almost any kind of challenge. But an endless sea of mind-numbing trivialities felt like it could be his undoing. Shadow work, though often necessary, lacks the satisfaction of real accomplishment, and it made Matt feel petty, unproductive, and depressed.

Frame 1: death by a thousand cuts 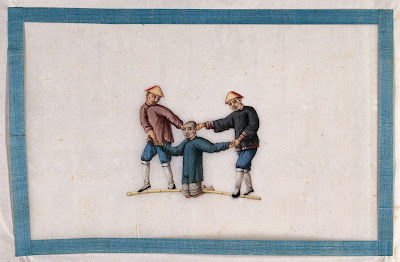 Lingchi is the ancient Chinese torture known as "death by a thousand cuts." It was intended to rob the victim of physical and spiritual dignity by killing him slowly with petty strokes of a knife, leading up to dismemberment and sending him to the afterlife in useless pieces--a non-being.

This happens on a metaphorical level to 21st-century mankind through subtle daily adversity that eludes full recognition. Our historically unprecedented standard of living doesn't mitigate our petty hardships; on the contrary, it deepens them with the unsettling guilt that we somehow ought to be happy yet aren't. Our minor adversities feel trivial when stacked up against our privilege--embarrassingly so--but their incessant slicing bleeds out vital energy nonetheless.

Left unchecked, this perspective on adversity, like persistent laceration, deepens and can ultimately leave one feeling he's in a cruel kind of "Meet the Parents" world, where everything and everyone just seems to be against him. Sarcasm and cynicism can drag one down even further, into life-threatening clinical depression, even with a loving family and a full bank account.

Fortunately, it's not typically our circumstances that are the problem, it's a matter of framing. 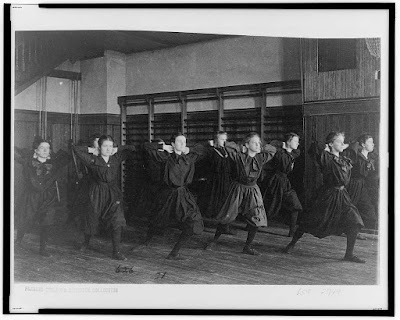 Adversity is what happens to someone. A challenge, on the other hand, is a test one willfully accepts. Adversity is passively suffered for no meaningful purpose. A challenge is meaningful, and is passed or failed--and, pass or fail, leads to growth.

Accepting daily annoyances as challenges rather than adversity effects a subtle change in your view of the world.

Ten minutes on hold to speak to an unhelpful customer service rep may seem beneath you and a waste of time. But what if someone put that challenge to you--just to see if you could endure it and, like a decent human being, be genuinely polite at the end of the call? You might not even consider that a worthy challenge, but chances are you would feel a small, satisfying sense of accomplishment after proving yourself.

This paradox of framing shows up in C. S. Lewis's The Screwtape Letters. Screwtape, a senior devil, instructs his junior tempter Wormwood to keep the human subject from recognizing his daily, trivial trials are actually tests of obedience and grown from "the Enemy" (God):

He also, in theory, is committed to a total service of the Enemy; and if the Enemy appeared to him in bodily form and demanded that total service for even one day, he would not refuse. He would be greatly relieved if that one day involved nothing harder than listening to the conversation of a foolish woman; and he would be relieved almost to the pitch of disappointment if for one half-hour in that day the Enemy said, "Now you may go and amuse yourself." Now if he thinks about his assumption for a moment, even he is bound to realize that he is actually in this situation every day.

Consider the value of co-opting life's mundane challenges as "practice" for what matters most in your life--your character.

Accepting these challenges regularly works a lot like the diligence of showing up to practice. One can look at life's annoyances and stresses as random hardship in a chaotic world, or one can find purposefulness and beautiful utility in how the very exercises one needs most find their way to him.

The artificially imposed challenges one finds in self-improvement books get applied to us based on our own self-knowledge, which can be wildly inaccurate. These naturally occurring challenges, however, brilliantly target our weakest areas, because that is what makes them "challenges" in the first place. Though we often don't know what our own weak areas are, we intuitively tend to give them a wide berth, because they are uncomfortable. Likewise we tend to practice intentionally what we are already good at, which is what we need least.

Rather than camping out where you feel the strongest, just for a day try watching for what feels most frustrating or uncomfortable, and intentionally frame and embrace those things as "practice".

When challenge is framed in this way, repetition, too, becomes instructive rather than exasperating. In other words, if it keeps coming back and still feels hard, you haven't beaten it yet.

Maybe your Achilles' heel is an annoying coworker. Realize that that person may be a custom-tailored growth plan guaranteed to make a significant positive difference in your life. All you have to do is accept the challenge as such.

Not all challenges are small. But like all practice, the difficulty grows as you progress. The harder and more sticky the challenge, the more encouragement you can feel in recognizing you have been found worthy of advanced training.

When you frame a challenge as practice, it's no longer categorically lumped in with the many frustrations of life. Rather, it's a 30-second surprise exercise, which is where real personal and spiritual growth lies.

Practicing the things you are good at may make you feel good, but it will not change you. We perform impressive feats for ourselves because we like being good at something. But we try to dodge petty adversity, because we consider it merely a time suck. Unfortunately, or perhaps fortunately, petty adversity cannot be dodged. It comes to us unbidden. It must either be endured or embraced.

Today we fetishize image-based growth and personal development, and wonder why they always feel eerily hollow. Our Western, post-industrialist culture that tells us "productivity" is the meaning of life, and that seen personality trumps hidden character. But we've been sold a bill of goods.

History shows the path to true greatness is through lowliness, which is usually invisible to others. This principle of understated greatness undergirds the monotheistic faiths and much of Eastern thought. "He that is faithful in that which is least is faithful also in much." "The tree laden with fruits always bends low." "Rivers and seas reign over mountains by keeping below them."

Rather than sticking to your lofty strengths, stoop to the easy things in which you fail. We always learn more in the realm of our failures than in our successes.

Likewise, excellence in the little, lowly things builds a strong foundation for great ones because it builds the true character of the person. Seemingly great men often topple because they lack this foundation of character.

If you can in humility bend to the level of your weaknesses, and see them as practice for true greatness, you will begin to find a strange satisfaction in life's little, frustrating challenges, because they will become meaningful and, not only worthwhile, greatly important.

Life, even mundane life, can be full of real growth and fulfillment when you notice and accept those small challenges that come along. A few daily victories in what is least can accumulate quickly into deep growth of character and spirit, because those challenges are more finely tuned to your real needs than any self-improvement program you could ever set up for yourself.
All the practice you need has been selected for you, and is already waiting at your door. Frame it as such; don't miss practice.
Posted by telagraham at 9:29 AM